Phantom Flex 4K – one of the most popular high-speed cameras in the world.

The human body has its limitations. One of them is the inability to observe very rapid changes, such as the movement of a hummingbird’s wings or the flight path of a bullet. Fortunately, technology allows us to free ourselves from the limitations imposed on us by our body. Thus, they give us the opportunity to observe the surrounding world in a completely different way than before. One can say that new technologies offer the chance to see the world from a completely different perspective, thanks to the possibility of seeing far more detail. One of the most popular and best high-speed film cameras that meets such high standards is the Phantom FLEX 4K high-speed camera. Would you like to find out more about it? We encourage you to continue reading the article.

Devices such as the Phantom high-speed camera enable visualisation and analysis of movement – in high resolution up to 2000 fps. To be able to record the movements of the hummingbird’s wings, it is important that the camera is equipped with a Global Shutter. Vision Research’s top models, the Phantom Flex 4k GS and Phantom Miro, have sensors that work in Global Shutter mode. The manufacturer specializes in high-speed cameras, but only 3% of the range is aimed at the film industry. Among the film cameras the company offers:

Given the company’s track record, it is worth briefly recounting its history. Its origins date back to 1950, when it appeared on the market under the name Photographic Analysis. Its first 42 years were spent producing high-speed cameras that were based on classic film. The breakthrough came 42 years later, in 1992. It was then that Photographic Analysis decided to set up a new division, Vision Research, with the task of developing a new high-speed camera. And its operation was set to be entirely digital. And they succeeded. Proof of this is not only the exceptionally wide range of image capturing devices, but also the fact that they can also boast of having the fastest camera in the world, which shoots 1,750,000 fps.

Phantom high-speed camera – find out the principles behind this type of camera. 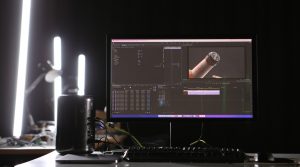 The Phantom FLEX 4K features almost exactly the same performance as traditional cameras. One of the distinguishing features of the Phantom FLEX 4K camera is that it uses CMOS technology. And it means that unlike CCD sensors each pixel of the sensor transmits a signal to the receiver and is equipped with amplifiers and analogue-to-analogue converters located in the sensor chip which increases the speed of image acquisition greatly and makes it much easier to process. What else distinguishes high-speed cameras from the traditional (slower) devices available on the market? It is worth noting at this point that, in the case of a product such as the Phantom high-speed camera, the amount of data that must be handled is proportional to the number of frames and resolution. What exactly does this mean? It means that the camera uses RAM to store the recorded frames in a fast way. A classic write to an external memory card would take too long. In practice, this means that there are certain limits associated with recording on a high-speed camera. The ram memory serves as a buffer. Once it is full, it is necessary to transfer the recorded image to the memory disk or card. This means that there are interruptions in execution, which are necessary in order to release the RAM and the camera is ready to record the image again. In the case of the Phantom Miro family of cameras, it takes up to 2 minutes 30 seconds to write 32 GB from ram memory to external CineFlash media. For the Phantom Flex 4k GS, the duration of the file transfer from the 128 GB Ram memory to CineFlash memory is approximately 1 minute.

Explore the possible uses of the Phantom high-speed camera. Not just Film.

The market is seeing an increase in the popularity of products such as the Phantom high-speed camera. What is the reason for this? It turns out that the ever-increasing scrutiny and investigation of the world around us and much faster production processes are making high speed and accurate cameras increasingly popular. Where and when can a Phantom high-speed camera be used? Often, this type of high-speed equipment helps, for example in biology or space exploration on both the global and macro scale. What other industries use this type of equipment? 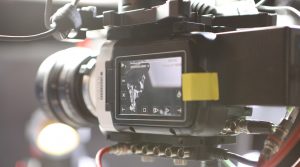 What does the global shutter mode that the Phantom Flex 4K GS camera is equipped with allow? First of all, to capture all pixels at the same time. With rolling shutter, they are usually recorded sequentially. What possibilities then does this type of camera give you? It ensures that objects that are moving will be captured in the frame without distortion, i.e. without the rolling shutter effect. The Phantom Flex 4K GS is therefore a camera that allows you to capture moving objects perpendicular to the optical axis, without the characteristic rolling shutter in the footage.

What is slow-motion anyway? An extremely popular and well-known term, but is it understood by everyone? In a nutshell, we can say that it is a function that allows you to record videos in slow motion. The Phantom Miro, among other things, has an impressive frame rate of over 1,500 frames per second, and this in addition to its Full HD resolution, which makes it possible to record slow-motion video. However, this is not the end of the advantages of this equipment. The fact that it is one of Vision Reaserch’s smaller, lighter and more robust offerings means that the Phantom Miro allows shots to be achieved that were not previously possible due to its lack of ergonomics. It is worth mentioning that the exceptional release also poses a unique challenge to the operator to maintain the dynamic range of the image. The small size of the Phantom Miro LC312s camera is particularly useful when you want to be in the middle of a dynamically developing shot.

Cameras such as the Phantom Flex 4K or Phantom Flex 4K GS or Miro are designed for the most demanding users in the film industry. Those who expect the highest standards of image capture. Vision Research cameras are the No. 1 choice for filmmakers all over the world. If you want excellent quality equipment that gives you almost unlimited possibilities, choose one of the proposals we have presented today. 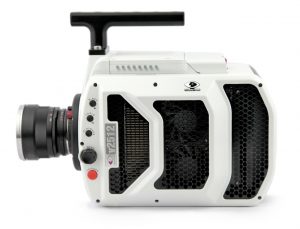